Vectors can be many things in many different fields, but ultimately they are containers of information. Depending on the size, or the dimension, of a vector, it can hold varying amounts of data.

The simplest case is a 1-dimensional vector, which stores a single number. Say we want to represent the length of a word with a vector. We can do so as follows:

Instead of looking at these three words with our own eyes, we can compare the vectors that represent them by plotting the vectors on a number line. 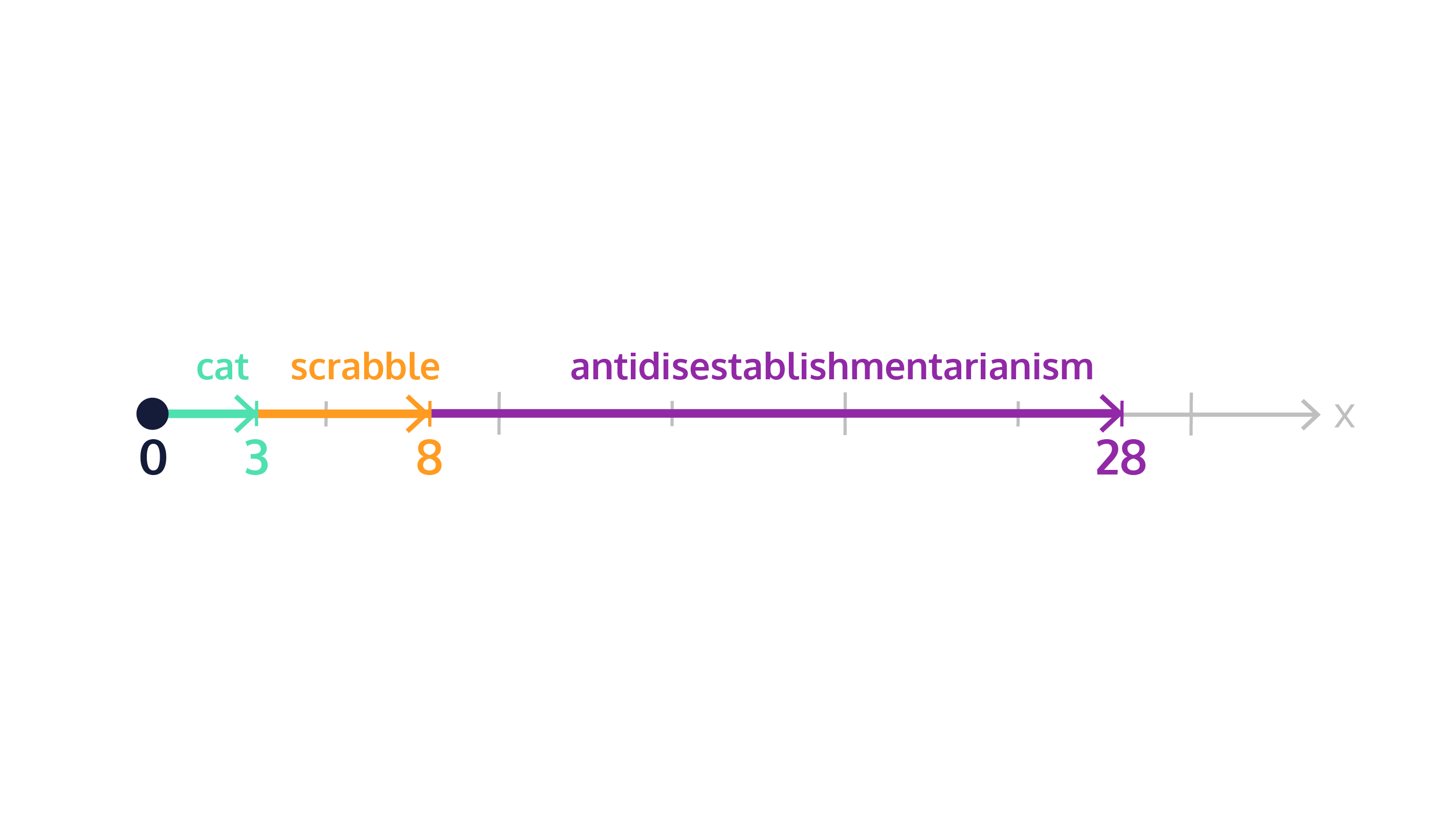 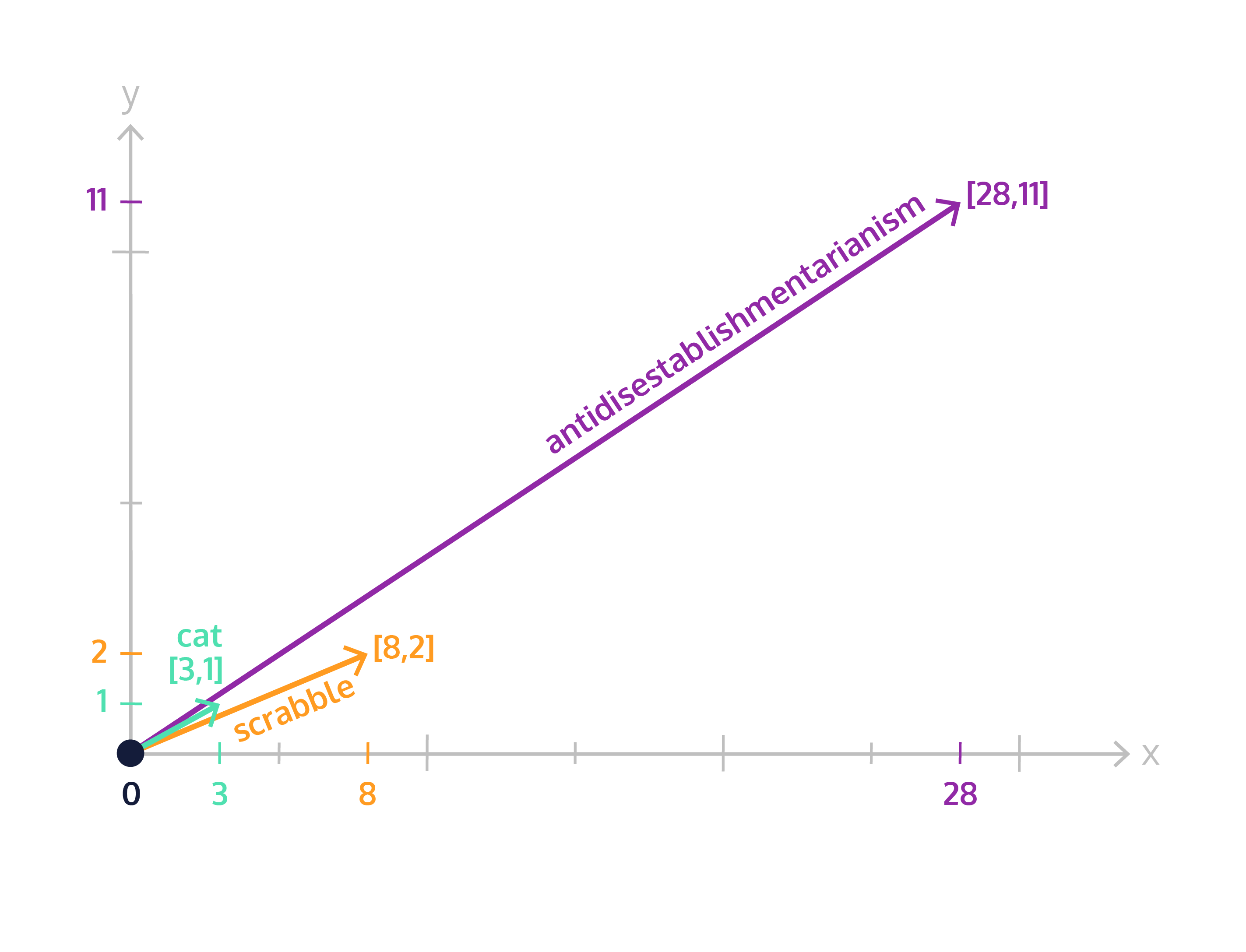 While we have shown here only 1-dimensional and 2-dimensional vectors, we are able to have vectors in any number of dimensions. Even 1,000! The tricky part, however, is visualizing them.

Vectors are useful since they help us summarize information about an object using numbers. Then, using the number representation, we can make comparisons between the vector representations of different objects!

This idea is central to how word embeddings map words into vectors.

We can easily represent vectors in Python using NumPy arrays. To create a vector containing the odd numbers from 1 to 9, we can use NumPy’s .array() method:

Create vectors using NumPy arrays called scores_xavier and scores_niko that contain the students’ exam scores. Make sure the first exam score is the first value in each vector!

Take a look at the web browser component. You should see the two vectors representing Xavier’s and Niko’s exam scores plotted on a grid. What do you notice about the two vectors? Are they close together?

A new student Alena transfers into your class from a different section. Alena scored 90 on the first exam but struggled on the second, scoring 48. Create a new vector named scores_alena containing her exam scores in the same section of script.py where you defined the other exam vectors. Where do you think the vector will point to? And how similar is the vector for Alena’s scores to Xavier’s and Niko’s?